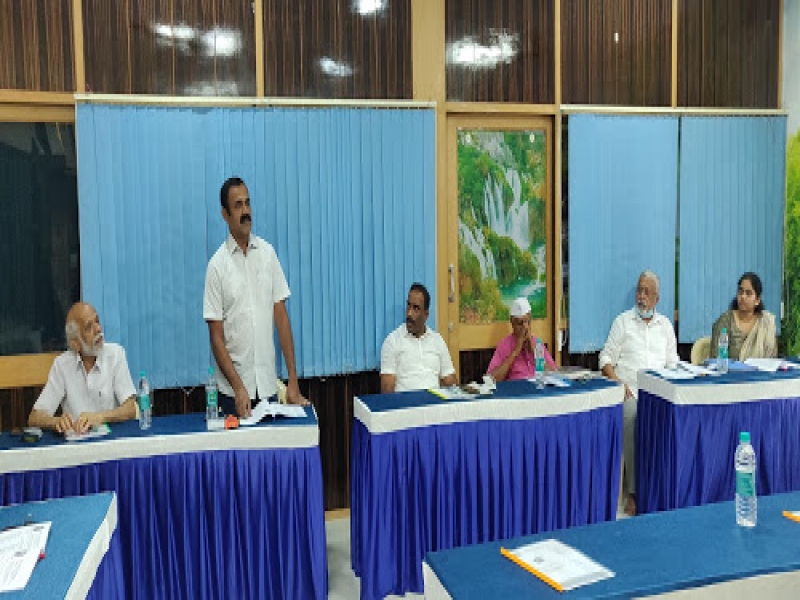 Meeting commenced at 03.30 pm at the office of Mr. K. Krishna Murthy, at NRI Layout.

Sri. Mune Gowda was not present. His leave of absence recoded.

Sri. Abhilash Nair requested to give a detailed guidelines for the responsibilities entrusted. The meeting decided to prepare and circulate in the Whatsap group.

The meeting entrusted the directors to constitute sub-committee and prepare the plan of actions taking in to confidence of the Zonal Representatives. It is also decided that the office bearers will be the special invitees of all subcommittee meetings.

The Trust Board Meeting decided to engage two trustees for each zones to constitute the Zonal Committees comprising of Zonal .Chairman (1) Zonal Conveners and Liaison officers (any number as required) as detailed below.

The Meeting discussed the basic structure of the mission and vision and decided to entrust Mr. Peter George to finalize with the assistance of Sri Abhilash Nair.

After a detailed discussion it has been decided to create a website with all particulars of     the trust and trustees, projects, member’s details, notice board, payment gateway etc. The meeting considered the quotation received from M/s Channel Soft which amounts to Rs.25000/- and agreed to proceed with. IT Cell Director Ms. Ayesha Asim has been given the responsibility to discuss and finalize the technical aspects.

The meeting confirmed the onetime membership fee as Rs.1000/- and to start enrolling members to the maximum possible within 31st December 2020. The meeting also decided the pattern of the receipt as Membership Certificate and to print the same at the earliest.

It has been decided to conduct the Trust Board Meeting Once in six months and the subcommittee meeting as frequent as possible.

The meeting of the General Council comprising of 21 trustees, Zonal Chairman, Convener and liaison officers of all zones together once in a year.